I thought the All-Star break would work wonders for the Dodgers.  With Andre & Kemp back I thought things were going to start looking better.   but I better stop looking thru this:

Like the LA Times pointed out, they have lost 18 of the last 24!   They ended the first half 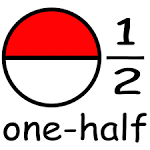 game in first place but now they are:

Two games back of the Giants.

they lost two out of three from the Padres.  They lost the first game to the Phillies and tonight the kid  Fife has been called from Albuquerque to replace Billingsley who has gone on the DL with elbow soreness.   the 25 year old Fife will make his MLB debut against gulp…Halladay.

Yeah, I am still looking thru the colored glasses.

I anderstand we will get a voucher for the chair and we go pick it up after the game.  For those that only come for the giveaway, they will turn around, pick up their giveaway and leave.   Let’s see how this works picking up the giveaway AFTER the game.  At least the giveaway are not bats or baseballs  givin prior to the game.