Oh is so much fun being at Dodger Stadium with Yasiel Puig there. I know we have to be cautious but the last two days have been fun fun fun with Cuban missile Yasiel Puig.

Monday 6/3/13 – I was so looking forward to his debut. He got two hits in the first game and in the 9th inning he used his powerful and accurate right arm to complete a game-ending double play, catching the San Diego Padres off guard in a 2-1 victory at Dodger Stadium. He sent us fans happy. 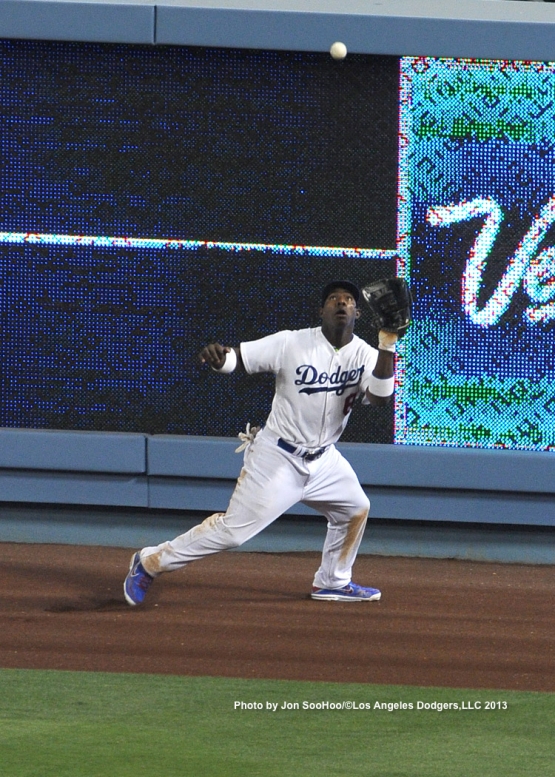 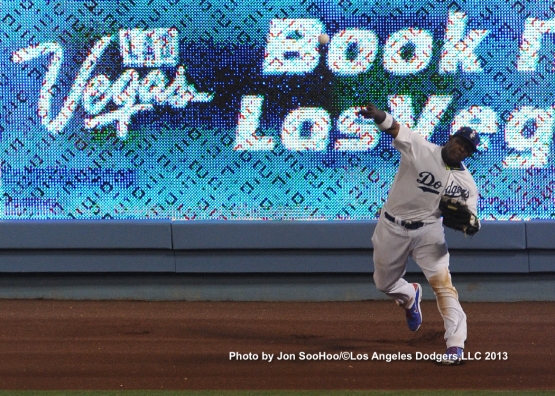 Tuesday 6/4/13- What did he do for an uncore for this second start? He hit not one but TWO homeruns!  Here is Yasiel Puig showing off his two homerun balls. 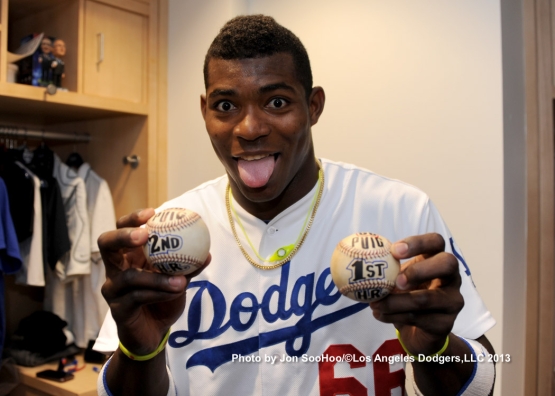 We want to see more of these balls and this

How sweet to see Quentin making the last out!  We dd not want to leave the stadium after the game so we hang around watching the highlights on the big screens THEN we exited the stadium.    Fun fun times at Dodger Stadium.  Let the party continue!  Clayton Kershaw on the mound tonight!

Good to see Randy of Let’s Talk Dodgers last night. We saw a heck of a game!

I can’t wait to leave work and head to Dodger Stadium! IS 5 o’ clock here yet?