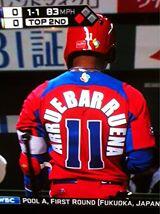 @Dodgers @crzblue I sort of follow Cuban baseball and the Cuban Ntnl Team, and have always seen it as Arruebarruena. 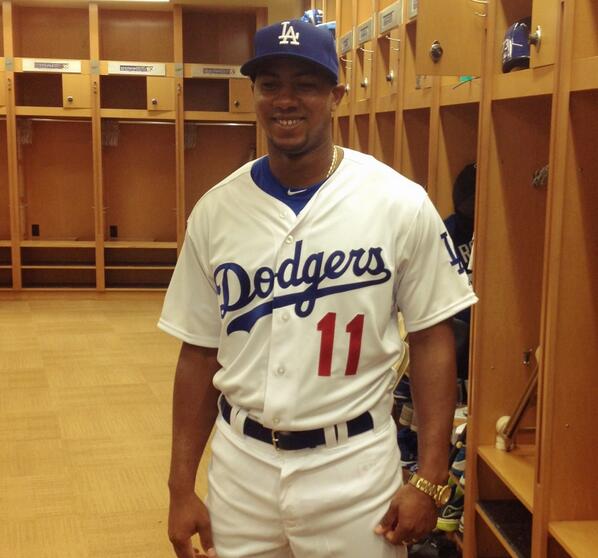 Either way, Welcome Erisbel!   I see that both in Cuba and with the Dodgers you are wearing Manny Mota’s number.   Great choice! 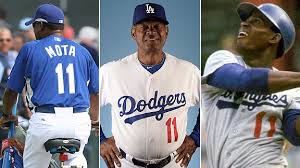 ‘Arruebarrena’ actually only has one ‘u,’ slips into tie for MLB’s second-longest name

Cuban shortstop Erisbel Arruebarrena officially reported to Dodgers Spring Training on Thursday. Along with comparing his playing style to Yasiel Puig, the 23-year-old confirmed that his last name is actually spelled with 12 (Arruebarrena) and not 13 (Arruebarruena) letters. See his Cactus League jersey below: