I hope that in the near future I will see pitchers wearing the protective headgear that MLB has approved.   The pitchers have been reluctant to use it.   If it is too heavy, awkward, well, go back to the drawing board and improve upon it.

Who will have the guts to wear it?   Who will be the first one?

On September 5, 2012, during an afternoon game, Brandon McCarthy, while pitching for the A’s, had a line drive hit him  squarely in the head.  He sustained an epidural hemorrhage, a brain contusion and a skull fracture on the play.  He underwent brain surgery.   Since Major League Baseball approved a padded-cap design for optional use this season, Brandon who is now with the Diamondbacks, declared he would not use it.

Toronto Blue Jays starting pitcher J.A. Happ was hit in the side of the head by a scorching line drive off the bat of Tampa Bay Rays outfielder Desmond Jennings in the second inning on September 5, 2013.   Though Happ didn’t appear to lose consciousness, he was bleeding from the point of impact.  The blow landed the 30-year-old Happ in the hospital and then the disabled list with a fractured skull. 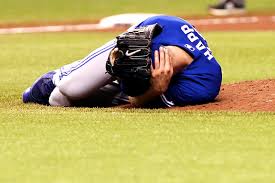 Rays starter Alex Cobb exited Tropicana Field on a stretcher Saturday afternoon after a line drive off the bat of the Royals’ Eric Hosmer struck the pitcher in the right ear, knocking Cobb to the ground on a Saturday afternoon on June 15, 2013.

In 1955, Cleveland Indians rookie Pitcher,  Herb Score set a rookie pitching record for strike outs with 245 whiffs. This record would stand till another young flamethrower, Dwight Gooden, topped it almost 30 years later.  Score won Rookie of the Year, was on the cover of Sports Illustrated and was truly the talk of baseball.

No sophomore jinx for Cleveland Indian, Score either. He followed up his rookie season by winning 20 games, with even more strike outs and a lesser ERA.
He again, struck out more than a batter an inning

But on May 1957, Herb Score took a ball in the right eye.  He returned the next season but never again had a winning record.

Bryce Florie MLB career was cut short after he suffered a horrific injury while pitching for the Boston Red Sox.  Florie was struck by a line drive by Ryan Thompson in the ninth inning of New York’s 4-0 win Friday September 8, 200.   Florie went down, then sat up after about a minute, blood streaming down his face. 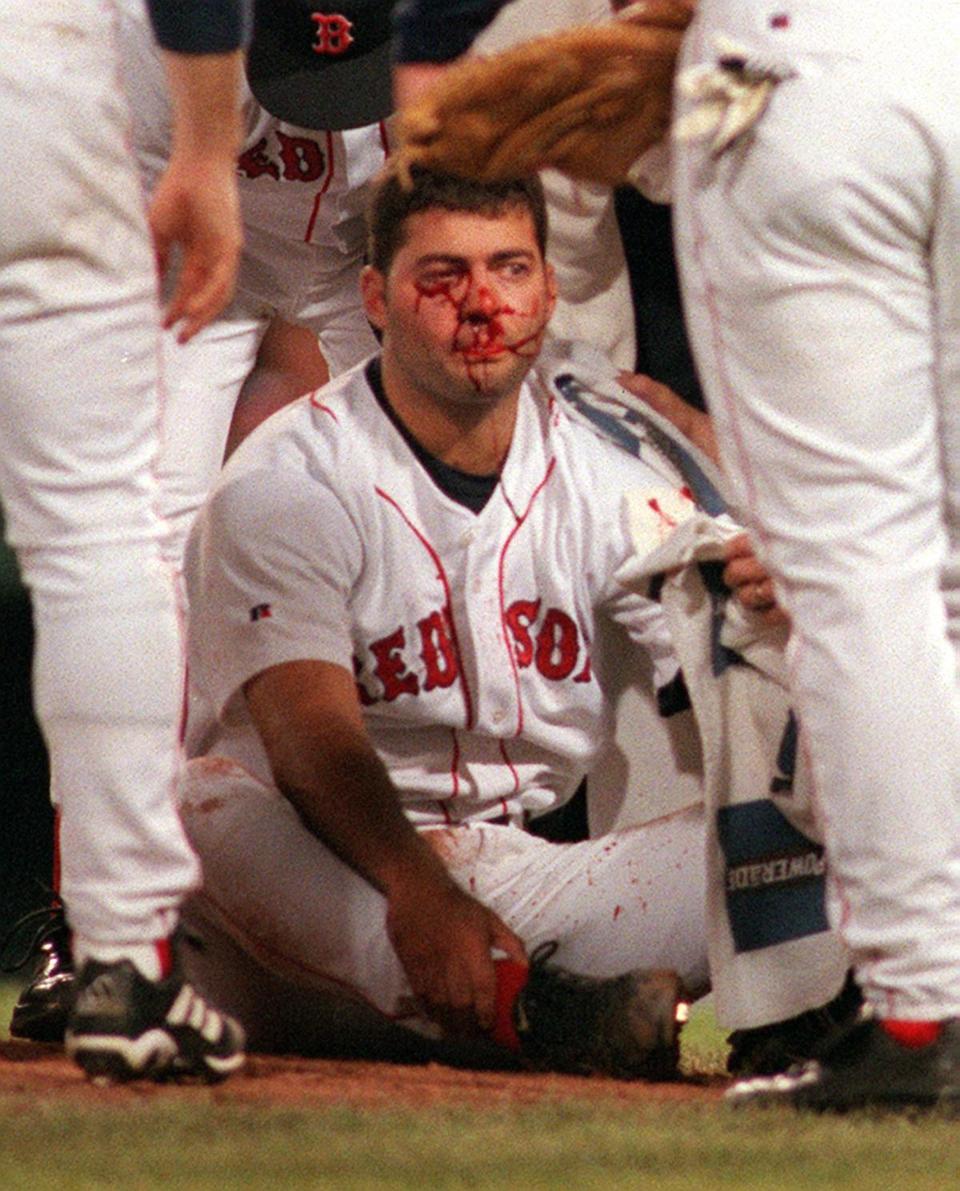 on September 8, 2002, Dodgers rookie left-hander Kazuhisa Ishii left the game Sunday in an ambulance with a small skull fracture and a concussion after getting struck flush on the forehead by a line drive off the bat of Houston’s Brian Hunter.  In the fourth inning of the Astros’ 6-2 victory, Hunter drove a 3-2 pitch so hard off the left side of Ishii’s head that it ricocheted all the way to the backstop behind home plate for an RBI double.  If I remember correctly, that was a 4 p.m. a dangerous start with the shadows followed by twilight.

Now the latest victim is Reds closer Aroldis Chapman.   Chapman  was hit above the left eye by a line drive off the bat of the Royals’ Salvador Perez in the sixth inning of the game between Cincinnati and Kansas City in Surprise, Arizona on Wednesday night.  He was diagnosed with fractures above his left eye and nose and held overnight for observation.

Aroldis Chapman shared pictures on Instagram with staples on his head.

How many times do we have to read “lucky to be alive” “lucky to escape major injury”  before someone is not so lucky?  Who will have the guts to wear the headgear so others can follow?