I divided the video recording into four videos so here are the final three.

This one is 2:30 minutes.   This is the one where Pensando Azul asks Vinny “what ring is he wearing”.  He was wearing 1988 and he said it has been a long time.

And this is the last one.  Here is where I asked Vinny if he is going to New York.  It is more like I blurted it out.

Vin is right (he is always right) that the Dodgers playing in New York the night before and then the following night in San Diego is …well a little rough.  Why is the schedule that way where the Dodgers play Tuesday and Wednesday at Yankee Stadium (why only two games?) and then Thursday thru Sunday at San Diego.   Why not a day off on Thursday.   I do hope something is changed where Vin can make the game but I understand if he does not.

WE LOVE YOU VIN!!

Here is the first video I recorded of Vin Scully at the Baseball Prospectus event at Dodger Stadium.

I did not realize until the second day that the first person that asked a question is my twitter friend Pensando Azul.  Neither one of us knew the other one was going to be there.

Vin mentioned that he is a fan of Baseball Prospectus.  Love the man!

Two more days till I head to Cincinnati

I was so looking forward to attending the Baseball Prospectus event at Dodger Stadium.  Vin Scully was the first speaker.   I video taped Vin with my flip but I have not upload that one  since that would take a little longer.    What I did upload first was the short videos with Logan White.  Apologies that I could not video tape the entire Logan White part.  I had used most of the time left in the Flip for Vin Scully.

Here is the first of part of Logan White:

Here is the second part of Logan White video taped:

Thank you so much to everyone at Baseball Prospectus that put this  event together at Dodger Stadium!  Thank you to Joe Hamrahi, Vin Scully, Dan Evans, Logan White and Steve Garvey.  I had a wonderful time!

Thank you Baseball Gods for Cochito Cruuuuuuuuuuz !    Dodger Stadium went crazy when Cruuuuuuuuuz sent the three run homerun deep into the Dodger bullpen.   The chant started again “CRUUUUUUUUUUUUUUZ” and an exuberant Cruz came out of the Dodger dugout to acknowledge the fans.

The night started with Andre Ethier hitting a two run homerun.   After the game was over I was able to wish “good night” to Vin Scully who answered me back with a “Good Night” 🙂

The fireworks were extra special with the win and the music set to Mexican music.  Lorena and I were singing along.

I am heading to the stadium for this special event! 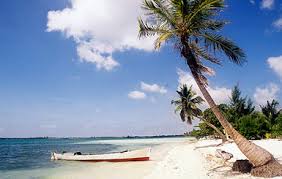 Dodgers lost to the Cardinals.  It was another frustrating night at Dodger Stadium with the team lack of hitting.

The highlight of the game  on Thursday:   the Cool-A-Coo!  It hit the spot and brought back so many memories back when I used to watch Fernando pitch, back when Scioscia was behind home plate, back when the team was known as “The Big Blue Wrecking Crew”

Another highlight last night:  Hanging out with  friends especially Lore and little Rachel

Thank you Rachel for my drawing!  I love it!

Here is Rachel again.  She is a cutie.  She and her sister Elizabeth and her parents are season ticket holders.  I’ve been seeing since they were babies.

On this day, September 14, 1998 – Jaime Jarrin received a star on the Hollywood Walk of Fame

You can find the star on the north side of the 6300 block of Hollywood Boulevard.  Happy anniversary sr. Jaime!

​There will also be a question and answer session with industry guests including Los Angeles Dodgers Assistant GM, Amateur and International Scouting Logan White.

The private event is sold out so I am glad that I signed up!

So I was remembering reading about the time Hilda Chester colored her hair red to change the Dodgers luck.  They went on to win that day.

I have not had time to post here and after the Dodgers performance, I was a little frustrated.

Dodgers lost the two game series with the Diamond Backs at Arizona.  Now they are back at Dodger Stadium but they have not played well at home!   Well, they have not play well on the road either but the home record is worst.

Something got to give since The Cardinals have not done well either.  They got swept by the Padres!   The Padres are playing very well.

Somebody got to score starting tonight!   I was telling a friend at work “The Dodgers can’t score even with  pockets  full of bills in a whorehouse”   haha can I say that here?

I love my Cardinal fan friends but I hope your team goes down tonight!

I wonder if Cardinal girl is going to any of the games.

I am heading to the stadium soon!  It is Blanket night although is hot here in the Southland.

EXTRA EXTRA!   The Cool -A Coo’s are back at Dodger Stadium!   That can cool me off!

p.s.  I am excited about the Baseball Prospectus event at Dodger Stadium on Saturday!