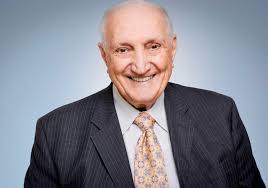 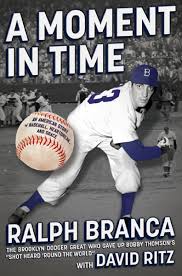 Wayne Terwilliger then and now.

I love that picture with Maury Wills!

He signed his first professional baseball contract, with the Cubs, in September, 1948, one month after Babe Ruth died.  He reported to Des Moines Cubs.

In 1949, Twig reported to spring training with the Los Angeles Cubs of the Triple A Pacific Coast League. By August he was the Chicago Cubs starting second baseman.

When Terwilliger was 18, he saw action with the Marines in the Pacific during World War II.

In 2005, Twig became the second man ever to manage at age 80, led the Ft Worth Cats  to a league championship, posted a franchise record for wins, was Manager of the Year, got an earring (really?),  and published his autobiography “Terwilliger Bunts One”

As with all the living Brooklyn Dodger players that I have been researching and writing the Then and Now, this was also lots of fun reading about  Twig.  At the same time I learning about our Boys of Summer.

Twig make a pact with Jim Hollars -the Cats’ chaplain, that if they won the championship, they’d both have their ears pierced.  Well Jim’s wife said “Not on your life” but  Twig said  his wife (Lin) had always joked about him getting his ear pierced.

If you like to get his book look on online or for  an autographed copy, send $20 to Terwilliger Bunts One, 1909 Clear Creek Drive, Weatherford, TX 76087

I’ve been working on updating the living Brooklyn Dodgers players list. I am adding some additional data as a request from a commenter but I am having some difficulty now that I added an additional column to the Excel worksheet. It is not copying correctly to WordPress. Anyway, when adding addtional data to the list, -see list here http://crzblue.mlblogs.com/2013/01/02/honoring-the-brooklyn-dodgers-players-alive-in-2013/ _ I noticed one player that played with the Angels.

Can you name him?

It might be an easy question for some of you. Maybe I should give a prize…hmmm.

Dodgers at Angel Stadium.
I went to Angel Stadium last night. It is a long way from work in the San Fernando valley to Anaheim. Anyway, I went there 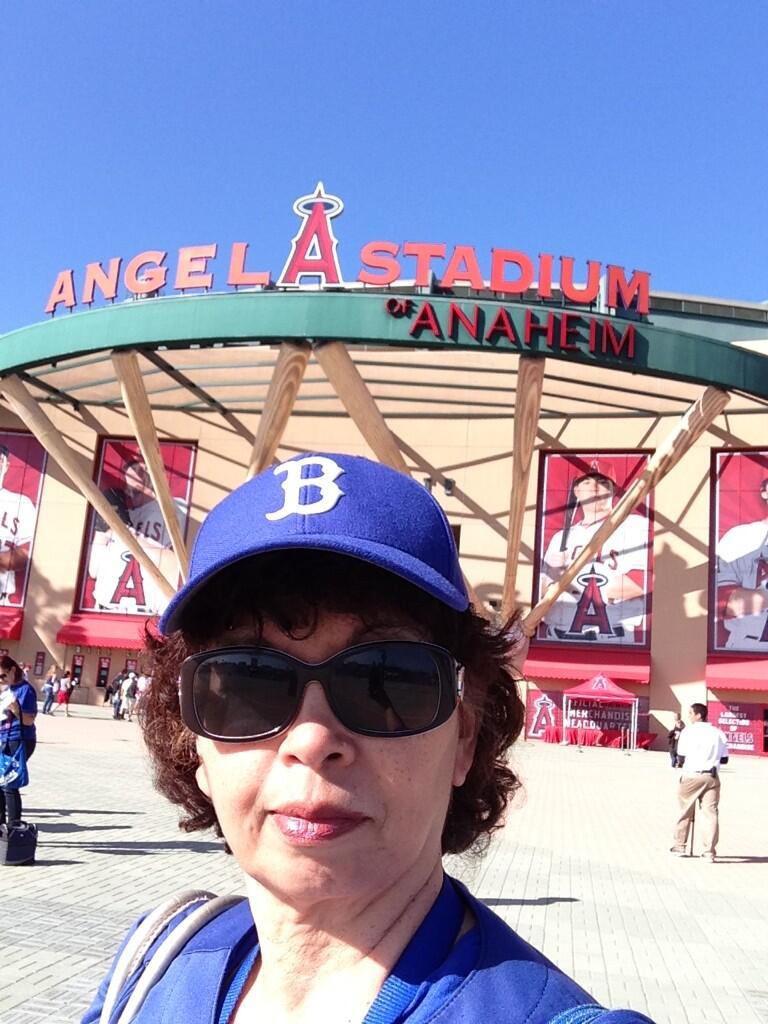 Weaver was dealing but at the end the Dodgers made it a close game losing 4-3. Dodgers took the first two games at Dodger Stadium so lets hope Dodgers can win tonight. Ted Lilly will be looking for his first win against Vargas.

Getting back to my project of doing a post on all the surviving Brooklyn Dodgers.

Thompson was finally called up to Ebbets Field with the Dodgers for the first time at age 30 in 1954. He talked about his big league debut. “My first game was the only time I ever played in the outfield. It was in St. Louis. Dick Williams was ejected, and I was the only one left on the bench. Steve Bilko lined a single and I thought I nailed Dick Schofield at the plate with a good throw, but he slid between Roy Campanella’s legs to score. I kidded Campy that if he had blocked the plate I would have been a hero.”

Tim, who had just two base hits in 13 at-bats for the Dodgers would spend the rest of the year with the Montreal Royals hitting .305 in 75 games. He spent 1955 with the St. Paul Saints of the American Association, hitting .313 and catching 121 games. This got him traded to the Kansas City Athletics on April 16, 1956 for Tom Saffell, Lee Wheat and cash. Thompson spent 1956 and 1957 with the Kansas City Athletics and would finish out his major league run with he Detroit Tigers in 1958 with a career .238 batting average in 187 games. He also finished with a fine fielding percentage of .990.

Thompson would spend the remainder of his active baseball career with the AAA Toronto Maple Leafs retiring from active play after 1962 with a 14 year minor league career .293 batting average in 1,426 games and a fielding percentage of .991.

Following a few years as a player-coach and manager at Toronto, he was a scout and later a supervisor of scouting for the St. Louis Cardinals from 1964 to 1994. He spent the rest of the 1990s in the Dodgers organization as a scout and since 2000 he has worked in the same capacity for the Baltimore Orioles. As of last notice he was residing in Lewiston, Pennsylvania. Note: I could not find a current picture of Mr. Thompson.