Congratulations to Cooperstown Class of 2015 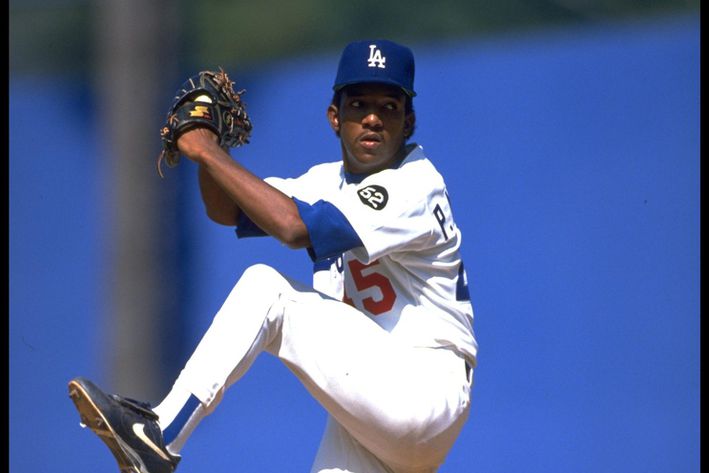 Craig Biggio.  Biggio missed out on induction by 0.2 percentage points last season, getting 74.8 percent of the vote last season (75 percent is needed). He spent his entire career with the Astros, converting from catching prospect to all-star second baseman. He played in 2,850 games and posted a .286/.363/.433 slash line, including 3,060 hits. He was a seven-time all-star who won five Silver Sluggers and four Gold Gloves.

This was the largest induction class in since 1955. Who were inducted in 1955?

Dodger team photographer Jon SooHoo will be honored at Dodger Stadium for his 25th year with the Dodgers.   He will throw out the first pitch!

Checkout this picture from Jon that he took of Podsednik catching a foul ball.

What does Randy Johnson and Jon SooHoo have in common?

From the InsidetheDodgers blog:

Believe it or not, Randy (Johnson) was actually part of the Daily Trojan photography department back in his college days and he reported to none other than Jon SooHoo, now the Dodgers’ team photographer.

I have taken a couple of pictures of Jon.  This was during Viva Los Dodgers where Jose Lima was honored.  Here’s Jon checking his camera.

Here is Jon again probably scanning the crowd for a good picture.

I took this picture from the Top Deck when I spotted Jon in the Reserved section.

Congratulations Jon!   Throw a strike Jon and for a change we’ll take pictures of you!

(talking to myself) where is the other picture I took of Jon?.  hmmm.