Ahhh, the awards are coming in!   Gold gloves for Matt Kemp and O’Dog!   Congratulations to both gentlemen!

but wait!  there is more!    The dynamic duo of Andre Ethier and Matt Kemp get Silver Slugger awards!!!  Congratulations guys! 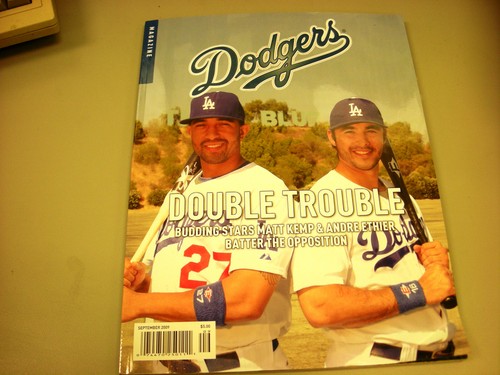 I’ve been in N.H. this week.  We brought the nice sunny weather from Southern Cal!!  It has been in the 50’s here but the rain will start Saturday when we leave :-))  I was supposed to be in N.H. the prior week BUT I had to leave that week open in the event that my Doyers were going to the World Series.  Oh well,    The only thing I regreat that I missed this week back home was that Vin Scully was going to be at the HRTS (Hollywood Radio & Television Society) luncheon on Tuesday 11/10/09.   Had I been in L.A. I would have gone to the luncheon to hear Vin Scully’s stories.

The good news is that Vin Scully said Tuesday he will continue in the broadcast booth for the Los Angeles Dodgers through the 2010 season, then decide whether he will walk away :-(.  I know the day is coming, I just want the last year of Vin to be a memorable one.

“When the team takes the field and the crowd roars, it triggers something in me,” he told the audience at the Beverly Wilshire hotel. “Forget about where they are in the standings, I think that’s the secret. You just do the game and enjoy the game.”

Vin, who turns 82 on Nov. 29, and his wife Sandy celebrated their 36th wedding anniversary Tuesday.   Congratulations Mr and Mrs Scully!