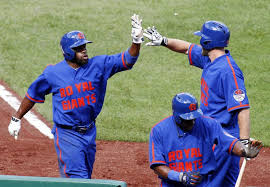 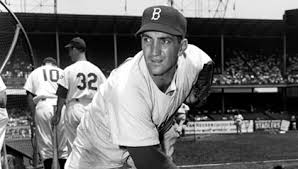 I started doing this last year.  You can see last year’s pictures here:http://crzblue.mlblogs.com/2012/12/17/2012-a-year-in-pictures-bleeding-dodger-blue/ 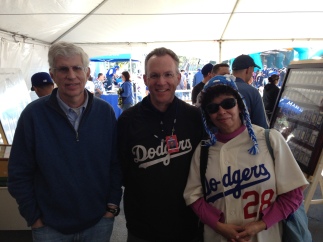 Gary Cypres who has a huge great baseball collection.  Dodger historian, Mark Langill in the middle.  Picture at the Dodgers FanFest.

Sandy Koufax at Camelback Ranch!  Shimada, the ever young Jim Hill and Sandy Koufax having a good laugh

Rosie, Lorena and I at Camelback Ranch 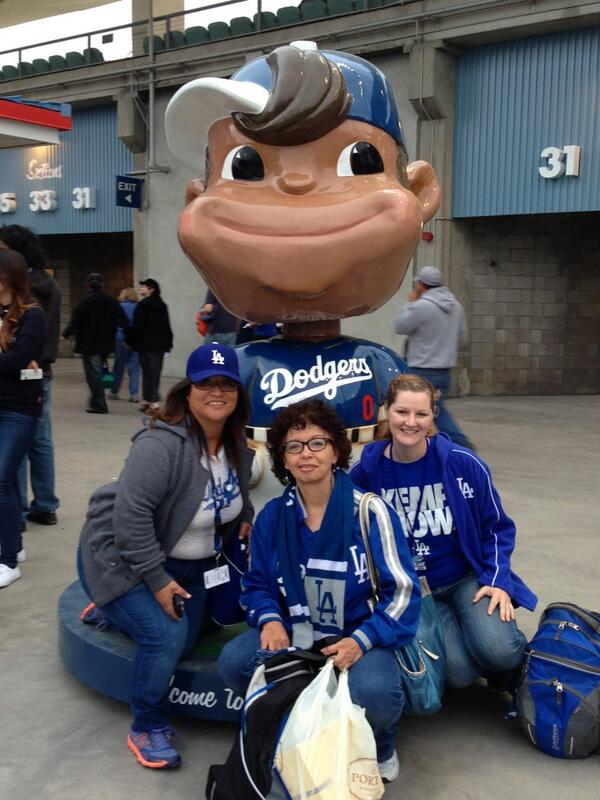 Lorena & Amanda at the first 2013 game at Dodger Stadium.  Exhibition game with the Angels.

Sandy Koufax throwing out the first pitch at Opening Day

Kershaw taking a curtain call after his Major League Home run in the 8th to take the lead 1-0.

Josie, Elisa, Lorena, Rosie, Amanda and I at the “42” movie premiere in Pasadena 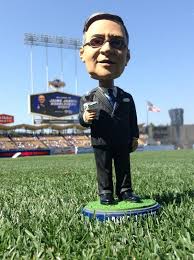 My Hilda Chester award from the Baseball Reliquary!   Yes!  I was the 2013 recipient of the Hilda award

With Manny Mota, who was inducted into the Baseball Reliquary Shrine. 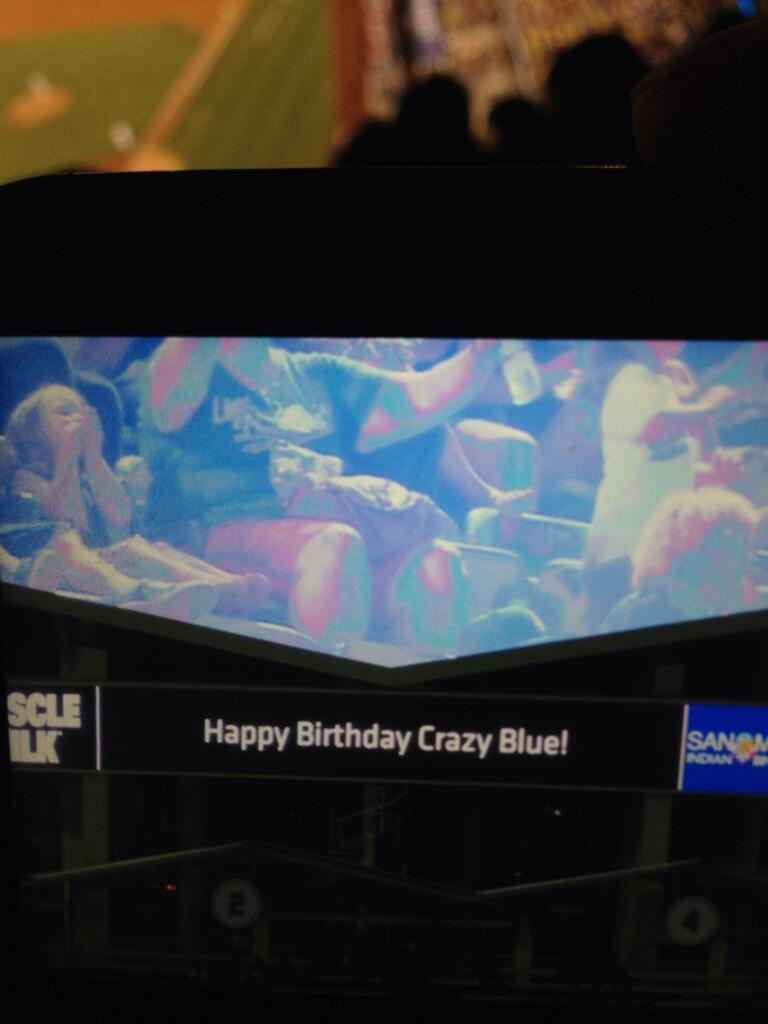 celebrating my birthday at Dodger Stadium 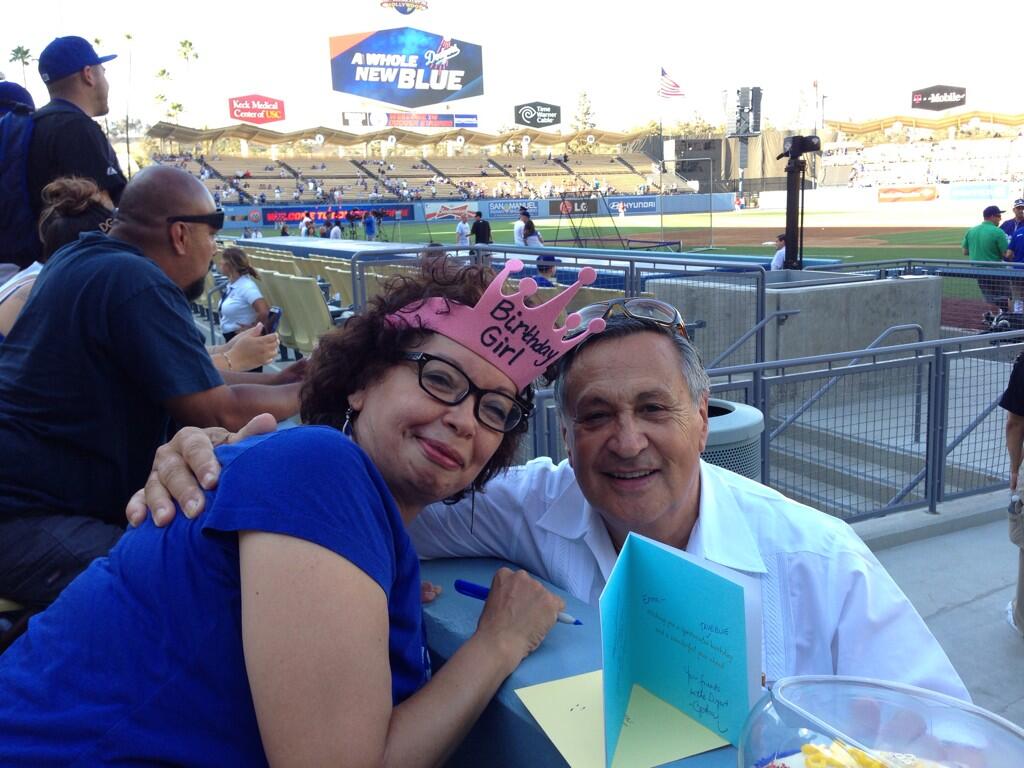 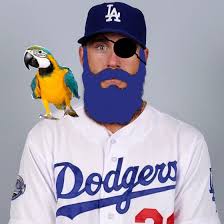 at SABR43 attending the Phillie game with Kansas City.  Norm and Abby.  We missed you Kent!

my tweet back in August: @Dodgers #whiffing our fans while watching Ryu #whiff the Padres. #Dodgers

Pool celebration! Dodgers own the West!

Greg Sands and I sporting our Mickey Mouse ears.  A gift from Greg in 2010 when the Angels hosted the All Star game. 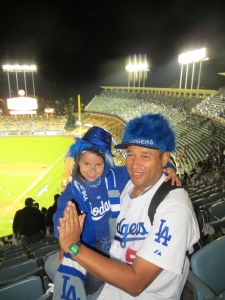 I can’t wait to make more memories in 2014.  Have a healthy 2014 full of wonderful memories with family and friends.

Johnny Rutherford  was born on Tuesday, May 5, 1925, in Belleville, Ontario,  Canada. Rutherford was 26 years old when he broke into the big leagues on April  30, 1952, with the Brooklyn Dodgers.

Rutherford pitched both as a starter and reliever for the pennant-winning 1952 Dodgers. He made his major league debut  in relief against the Cardinals at Sportsman Park. His first major league win came a week later, also in relief, in a 5–4 decision over the Cincinnati Reds at Ebbets Field.

Rutherford made one appearance in the 1952 World Series   He pitched one inning in  Game # 4 and gave up one hit (a Mickey Mantle triple) and one earned turn.

Shuba, the youngest of 10 children, grew up in Youngstown, Ohio, in a family of Czechoslovakian descent. He developed a love for baseball at six years old. Instead of playing in an organized little league, he and the neighbor kids played ball right in the street.

He attended Catholic grammar school at Holy Name Elementary in Youngstown. He recalls the nuns being very strict, which helped him become disciplined at a young age. His brother was a priest, so he was constantly surrounded by Catholic influences.

Before every meal, Shuba and his family would recite a Slovak prayer — a tradition started by his mother and brother. He continued to say this prayer each day during his baseball career and still carries on the tradition to this day.

In the mid-1940s when young men were being shipped around the globe during World War II, Shuba was dealt a different hand. He sustained an ear injury while being disciplined by one of his teachers as a child, so he was unable to enter the U.S. Army. Instead, Shuba attended an open Dodgers’ tryout in 1943 at age 17, after finding out about it from his friends on the street.

“They said, ‘George, you should go try out at Borts Field (Youngstown). You’re good enough.’” Shuba said. “I really didn’t think I was, but I went and hit a few out of bounds and a couple of fouls out of the park.”

Though Shuba signed with the Dodgers following his tryout, his father, Jan, was not on board with the decision to pursue a lofty career path. Jan worked at the mills in Youngstown, a steel-manufacturing town.

“He (Jan) wanted me to work at the mills where I could have a steady job,” Shuba said. “But I had dreams of being a professional ball player. I really believed I could.”

Shuba worked on his swing every night by hanging a rope from his ceiling and tying knots to represent the strike zone.

“I would swing a 44-ounce bat 500 times a night between the knots,” Shuba said. “When it came to batting practice the next day, I was already ready!”

Shuba gained a reputation for hitting hard line drives all over the field. According to Roger Kahn in his book, The Boys of Summer, the nickname “Shotgun” evolved from Shuba’s “spraying line drives with a swing so compact that it appeared as natural as a smile.” 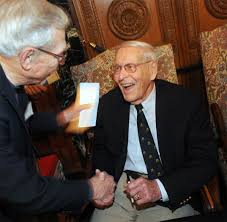 Eddie was signed after a tryout by the Dodgers out of the University of Buffalo even though he hadn’t played baseball in either high school or College.

Eddie debuted with the Brooklyn Dodgers in 1944.  He was the Dodgers regular shortstop while Pee Wee Reese was in the military in 1945 but lost his job when World War II ended an Reese returned.

He made a prototypical rookie mistake when first coming up to the National League: hitting .389 after two weeks, he told a reporter that “Any man who can’t hit .300 in this league ought to go get a lunch bucket.” Opposing pitchers never let him live down those words.

Eddie spent the off-season as a violinist with the Buffalo Philharmonic Orchestra.

Here is a video of Portland Baseball history with Eddie Basinski and Vince Peski.  Eddie tells some wonderful stories that had me cracking up.

Ad here is a another video.  A wonderful interview of Eddie Baskinksi by KrisPorterSports.  In there he talks about Branch Richie & Leo Durocher.

Charles Steven Kress was born in Philadelphia on December 9, 1921.  He wore uniform #5.

Kress managed the following teams in the Minor Leagues:

1957:  The Erie Sailors from the New York-Pen League of the Detroit Tigers.

1958:  Durham Bulls from the Carolina Leagues of the Detroit Tigers.

1959:  Des Moines Demons of the Three-I Leagues of the Philadelphia Phillies

1960: Asheville Tourists of the South Atlanta League of the Philadelphia Phillies

1961:  Des Moines Demons of the Three-I Leagues of the Philadelphia Phillies.

From Kentuckybaseball.blogspot as posted on November 2, 2009:

Chuck Kress, who played with the Reds, White Sox, Tigers and Brooklyn Dodgers responded to some questions for me.

He mentioned that his favorite team is the Mariners. His favorite recent player is Edgar Martinez.

Chuck did say that he had a lot of great memories relating to his time with that legendary Brooklyn team. Mr. Kress notes that he is proud of the fact that he got to play with Jackie Robinson, Roy Campanella, Duke Snyder, and manager Walter Austin.

He does remember playing in Louisville when he was with Columbus of the American Association.